The Guernsey Society aims are to promote, maintain and stimulate interest in all matters concerning the Bailiwick of Guernsey, its past, present and future - and keeping alive the Spirit of Guernsey both in the islands and overseas

History of the Society

The Guernsey Society was formed in 1943 to represent the interests of the island to the British Government during the German Occupation, and to establish a network for Guernsey evacuees in the United Kingdom. 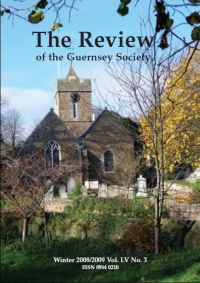 The Society has published a regular magazine since 1945. The Bulletin appeared eight times during 1945 and 1946. It became Quarterly Review of the Guernsey Society in January 1947, and continued until 1971, when the frequency was reduced to three times a year, and the title changed to The Review of the Guernsey Society. Since its inception it has published articles from a wide range of respected Guernsey figures including Sir Ambrose Sherwill, Professor John Le Patourel, James Marr, Marie de Garis and TF Priaulx[3]

In the summer 1944, the newly-formed Society was instrumental in organising, together with prominent members of the Jersey Society in London, a symposium in Oxford to start planning for the future of the Channel Islands following their liberation from German Occupation. The result was the publication of a book, Nos Iles, which was widely read by members of the States of Guernsey and States of Jersey, and became known as "the Liberation Army's bible"[4].

The Society has also published a number of books on the island and its history:-

Articles from The Review, as well as its publications, have been influential and widely used as source material for authoritative works on the island's history. Examples include:

The Society organises regular formal and informal meetings in London and Guernsey[7].

In 2010, the Society launched Donkipedia, a wiki dedicated to the Bailiwick of Guernsey[8].