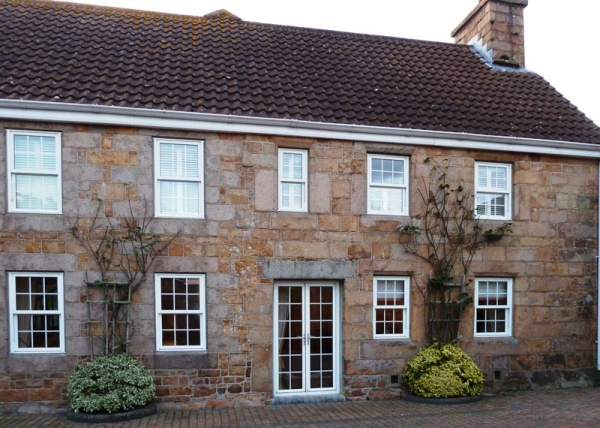 Families associated with the property

Buildings across the road, now known as Le Hurel but formerly belonging to this property, but not believed to record occupancy of La Porte itself, have the following: [1]

This large 15th/16th century building shows many signs of alterations over the years to the front facade. It retains its proportions, fine stonework, and historic features externally and the corbelled fireplaces internally. The building is shown on the Richmond Map of 1795.

The greater part of what was a large double entrance arch has now gone. A carved stone let into the wall of an outbuilding has a fleur-de-lys emblem, with the probable initials ICM and FB, but no date. They are high up and much weathered and this interpretation may not be correct.