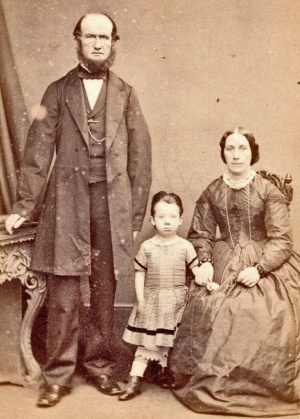 Bosdet was the son of Captain Thomas Bosdet (Merchant Service) and Sophia Mary, nee Le Roy. Born at St Helier on 7 January 1857, he was educated at Boyer's School, Beaumont, University College School, London, and the Royal Academy. On leaving the Royal Academy he became Director of an Art School in Islington. In 1890 he returned to the Royal Academy as Curator of the Life School. He painted a number of portraits and French landscapes, but abandoned this form of art on becoming interested in stained glass through his friendship with Philip Westlake.

Examples of his work in Jersey are seven windows in St Brelade's Church, five in the adjoining Fisherman's Chapel, illustrating the life of St Brendon; the Last Supper in St Lawrence's Church, the Annunciation in the Town Church, the Marriage at Cana in St Aubin on the Hill, and the reredos in St Saviour's. There are also windows by Bosdet in St Andrew's Church, St Mary's Church, St John's Church, St Luke's Church and Gouray Church. His windows at St Ouen's Manor illustrate heraldically the history of the De Carteret family. He returned to the island in 1920, went to live in the south of France in 1927, but came back again in 1931. He married Mrs Julia Marion Reece Edwards of London and then Mary Catherine, daughter of William Brereton, of Queen's College, Galway. By his second marriage he had one son, Harry Westropp Bosdet. He died at La Patrimoine, St. Lawrence, on 23 May 1934, and was buried at St Saviour.

A Biographical Dictionary of Jersey by George Balleine