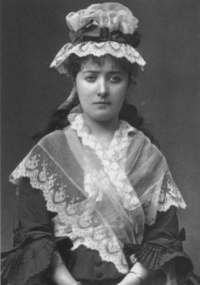 In 1865 Henry Cornwall built Jersey a new theatre which he named Cornwall’s Royal Amphitheatre and Circus. This was located in Gloucester Street, St Helier where the Opera house stands today.

During his short ownership of the new theatre, Cornwall employed actor William Wybert Rousby as its manager. In 1868 Mr Rousby bought the theatre, re-naming it Theatre Royal.

William Rousby had many connections in the theatre world and managed to secure professional companies to perform from London and Paris. The programme offered was varied and included traditional harlequinade, comedy, drama, farce and grand and comic opera, as well as many local productions.

After a period of some 30 years, Mr Rousby sold the theatre to Sidney Cooper for a reported sum of £8,601 15 shillings. It was said at the time that Mr Cooper, who came from the UK, had a reputation for managerial enterprise and energy. 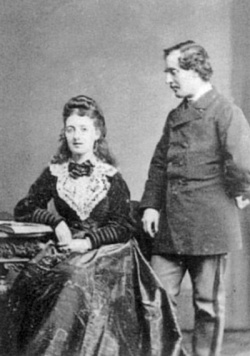 Wybert Rousby and his wife Clara

Sidney Cooper completely renovated the inside of the theatre, including introducing an incline to the stalls. The theatre reopened on Easter Monday 1898. Alas, after only one year the theatre was destroyed by fire on 28 March 1899.

The Opera house opened its doors on 9 July 1900 and in spite of certain areas of the building not being completed the show went on.

The grand reopening performance was Sydney Grundy’s '‘The Degenerates’' starring Jersey’s very own Lillie Langtry, who had curtailed her holidays to have the honour of being the first performer to tread the new boards.

The people of Jersey loved their new theatre and the railways even put on two specials a week to run after the last performance.

However, after only a decade of live performances, numbers began to diminish. The new 'electric pictures', as they were then known, started to have an impact on theatre in general. Nevertheless, in spite of the increase in cinemagraphic shows, the opera house continued to present an excellent variety of live plays, shows and recitals for the next 30 years.

Ownership once again changed in 1911, when the theatre was acquired by the Jersey and Guernsey Amusement Company, and was being run by a company called Albany Ward, connected to the Gaumont cinema chain.

Fire struck again in May 1921, when the auditorium was severely damaged. Once again the theatre underwent extensive reconstruction, which included the refashioning of the upper circle and the removal of side boxes. These alterations made the theatre more conducive to the watching of films. 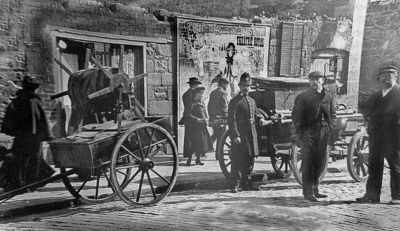 The opera house reopened in August 1922 with the musical comedy What’s Next starring Six Brothers Luck. Thereafter it continued to be used almost exclusively as a cinema showing the silent films of the day with traditional orchestral accompaniment.

The arrival of the talkie,screened in other Jersey cinemas, accelerated the decline in the Opera House as a place of entertainment.

However, during the German Occupation an increase in live performances to one week in every fortnight and films on alternate weeks, plus Sunday charity events, made the Opera House once again the place to visit.

Sadly this revival was only temporary and, after the Occupation in 1945, the theatre became almost exclusively a cinema house with just two live summer shows each year.By the mid 1950s The Rank Organisation, who had taken over Gaumont British Theatres, and also owned the Odeon Cinema in St Helier, put the Opera House up for sale for the grand sum of £70.000. 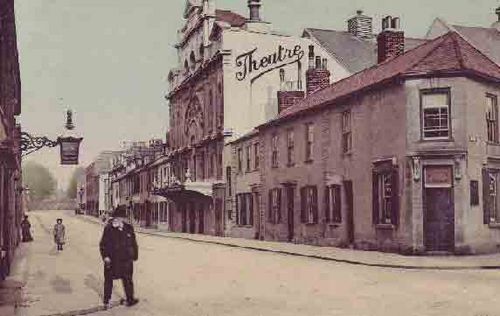 In 1958 Tommy Swanson bought the Opera House from The Rank Organisation. With determination and passion Mr Swanson set about transforming the Opera House back into a theatre. As part of the refurbishment, 16 new boxes were created. The theatre reopened with the Jersey Green Room Club's version of Sailor Beware.

From that time professional and amateur companies alike took to the stage with performances, all to the delight of the Jersey audiences. Mr Swanson continued to refit and restore the theatre over many years in his attempts to bring it to its former glory.

In 1989 he sold the Opera house to Dick Ray, who was no stranger to the theatre. He had managed and operated the venue for Mr Swanson since the mid-70s and had carried on in the tradition before him of pantomime, variety and summer shows.

At the time of purchase Mr Ray had secured a loan to improve the building and facilities. Work finally commenced in 1993. The first phase of work was completed by 1994 but the true size of the undertaking had become apparent during the year before, so Mr Ray approached the States of Jersey with a view to them taking on the project.

In 1995 the States became the new owner of the Jersey Opera House at a cost of £1.3 million. In January 1997 the theatre closed for a major restoration project. A fund raising campaign was launched, but it was clear after a year that it was taking too long and the people of Jersey wanted their theatre back.

A proposition was presented to the States for a loan of £5.5 million to add to the £1.5 million that had been raised by the goodwill of the people and businesses of Jersey. This was successful and this major programme of work started in August 1998. After an extensive programme of rebuilding and renovation the new theatre opened its door on 9 July 2000 exactly 100 years to the day when the first Opera House had opened its doors to the public of Jersey. 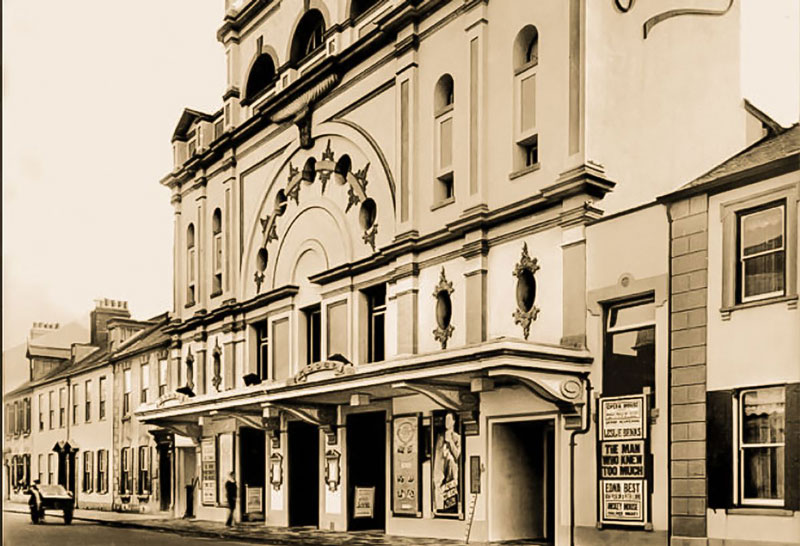 The main function of the Opera House at this time - early 20th century - was as a cinema - picture courtesy of Jersey Temps Passe
Retrieved from "https://jerripedia.com/index.php/The_Opera_House"